If you’ve been in the tech space long enough, you know that when something tech leaps across the chasm and becomes big, you’d better strap yourself in because it’s gonna be a hell of a ride. MSPs have ridden—indeed, are still riding—many adoption waves over these past decades. Some are foundational transformations like analog-to-digital or the embrace of all things cloud. Others are tied to more nuanced services like unified communications, SD-WAN or today, cyber resilience.

That last bit—cyber resilience—is the one that’s not like the others, though, isn’t it? Unlike technologies that drive improvements in cost or productivity or simply offer a better mousetrap, demand for cyber resilience services is a direct response to threats against your customers. It is a growing—no, booming—threat on the other side of the good guy/bad guy divide that’s an enormous growth industry unto itself. Cybercrime is a massive and massively growing industry. (And to think that some people peg behavior on Twitter as the worst part of online anonymity…)

And like all things tech, it’s evolving fast, too. Note the following:

It’s About Resilience, Not Just Security
All of this adds up to a hodgepodge of threats from bad actors all over the world with varied motivations. And while it’s true on the one hand that these threats create an opportunity for you to grow your MSP in the security realm, it’s also true that few clients are doing enough to protect themselves—particularly when it comes to backup-and-restore routines. Here are three simple talking points to help you nudge your clients toward more layers in the back half of this year.

And don’t forget to turn to your provider partner for help. If they’ve got their act together, they’ll have resources you can leverage—from sales materials to cyber resilience planning and sales engineering—as you encourage your clients to take some mid-year resilience steps. 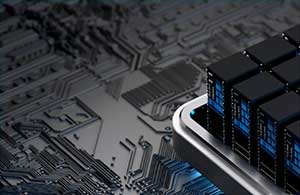